Below are a few of the many examples of how Orange County Private Investigator has helped our clients with their investigative needs.

The names of our clients have been omitted to protect their privacy.

Our client and his wife were married for four years when she decided to abandon him and their two preschool-aged daughters. Three years later she remarried and felt the minor children should live with her and her new husband. She believed that since she was remarried she was now entitled to have full custody of the children and that our client (who had been the primary custodial parent) should become a “weekend dad.”

Our client retained a certified family law attorney. At the recommendation of his attorney, our client hiredOrange County Private Investigator —the best choice for a case that required such a great amount of evidence to be collected and had so many witnesses to be interviewed.

During the course of our investigation, Orange County Private Investigator’s staff of professional investigators discovered that while living a “free lifestyle” our client’s ex-wife had traveled around the country committing financial crimes, used illegal drugs, and had several sexual partners. After being interviewed by our family law/child custody investigators, a boyfriend of our client’s ex-wife decided to come forward and disclose very damaging information about her recent past.

The information we obtained from him would later be called “reckless behavior on the part of the mother” by the court. Orange County Private Investigator investigators also discovered that although our client’s ex-wife and her new mother-in-law lived together they did not get along and often had violent fights that required police intervention.

After learning this, Orange County Private Investigator obtained police reports and arrest records which were submitted as evidence to the court and the court appointed psychological evaluator.

As a direct result of the investigation conducted by Orange County Private Investigator, our client was awarded primary physical and legal custody of his girls as well as child support. Our client’s ex-wife is now only allowed monitored visitation until she completes parenting classes, anger management classes, drug counseling and obtains a residence separate from her new mother-in-law.

Our client, a manufacturing company that conducts direct sales at trade shows, conventions, and fairs, had enjoyed great success over their rival competitor since they started operating. However, during the last few shows our client had suffered an atypical loss of sales. They even had customers returning their products for a full refund before the orders had been filled. The owner of the company knew there was foul play involved so he hired Orange County Private Investigator to investigate his competitor.

Through an undercover investigation, our unfair business practice investigators learned that the sales associates of our client’s competitors were spreading untruthful stories about our client’s product.

The competing company said our client’s product had caused injury to its users. They even went as far as to say that our client took their customers’ money without delivering the product. At a home and garden show in Anaheim, CA, our investigators obtained a hidden video of a member of the competitor’s sales team making these untruthful statements about our client. At the Los Angeles County Fair another undercover investigation obtained video-taped evidence of yet another of the competitor’s sales associates making those same untruthful statements, only this time their sales associate offered our undercover investigator a phony compliant letter supposedly written to our client by an angry customer.

Our investigators obtained a copy of the letter and made contact with the customer who denied ever writing the letter.

As a result of the investigation conducted by Orange County Private Investigator our client filed a law suit against their competitor in federal court and in state court.

Our client was served divorce papers by his wife who claimed he was abusive and used illegal drugs. She was asking the court to order our client to move out of their house, have restraining orders issued against him, pay a large amount of child support, and be on monitored visitation if he wanted to see their two school-aged children.

Since all of his wife’s claims were false, our client was hurt and surprised when he read the court pleadings. He decided to turn to Orange County Private Investigator for help.

Per our recommendation he retained an attorney who we were able to work closely with.

We began our investigation by conducting an extensive background check on our client’s wife. Our experienced background investigators learned she was embezzling thousands of dollars from her employer through false payroll deposits.

Surveillance was also conducted on her. Within six hours, our sub-rosa (undercover surveillance) investigators obtained video evidence of our client’s wife drinking alcohol, using illegal drugs, providing alcohol and drugs to a minor, and engaging in sexual acts with an unknown male and the minor.

As a result of the investigation conducted by Orange County Private Investigator our client was able to turn the tables on his wife’s claims. The court denied her requests. No restraining orders were issued against our client; he was not removed from the family home; he was not placed on monitored visitation. Instead, the court placed her on monitored visitation and ordered her to go through a psychological evaluation (730 evaluation) “until such time she could no longer be deemed a danger to herself and the minor children.” The court called her drug and sexual acts with the minor “criminal” and ordered the video taped evidence to be turned over to the Orange County District Attorney’s office and to the Cypress police for criminal prosecution.

Our client suspected that her husband was engaging in extra-marital activities. She noticed he was spending long hours on the computer and was having secretive conversations with his friends on his cellular phone. Our client hired Orange County Private Investigator to conduct a cheating spouse investigation on her husband.

Through computer forensic investigation, e-mail tracing, and cellular phone comparison, we concluded our client’s husband’s activities strongly indicated an affair. We recommended to our client that we conduct a mobile surveillance on her husband to confirm our findings. Our client scheduled an out of town trip to visit relatives and we commenced surveillance activities on her husband. Within hours of the surveillance our client’s husband met up with an unidentified female at a hotel in a Laguna Beach, CA. Several hours of covert (hidden) video was obtained of the couple as they had dinner, walked along the beach, drove to a movie theater, engaged in limited sexual acts, and later returned to their hotel room. Through further investigative efforts, our investigators confirmed a positive identification of the unknown female and learned that she too was married.

As a result of the investigation conducted by Orange County Private Investigator, our client confirmed her suspicions—that her husband was having an affair. She was put on alert and soon learned her husband was attempting to liquefy their assets for his personal gain and move in with his girlfriend. Our client was able to hire a family law attorney and protect her interests and assets before it was too late. 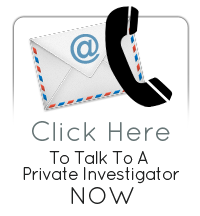